EbGb works with producer Tony Catania on a song for his album Black Light District in the studio at Orange Glow Music, Inc. EbGb has recorded about 60 songs with Orange Glow Music in the past year. His working relationship with Catania during that time has reached a point of mutual respect. On this night they had differing thoughts about the direction of a song they were creating, but Catania convinced EbGb of his idea by showing him a video on youtube for visual inspiration. EbGb has very firm ideas about his music and the direction he wants it to go. It has taken time for him to release some of the control during the creative process. To this date, Orange Glow has invested more than $400,000 in recording costs on EbGb. The producers plan to make a trip to New York with the best songs to pitch Eb to major record labels. 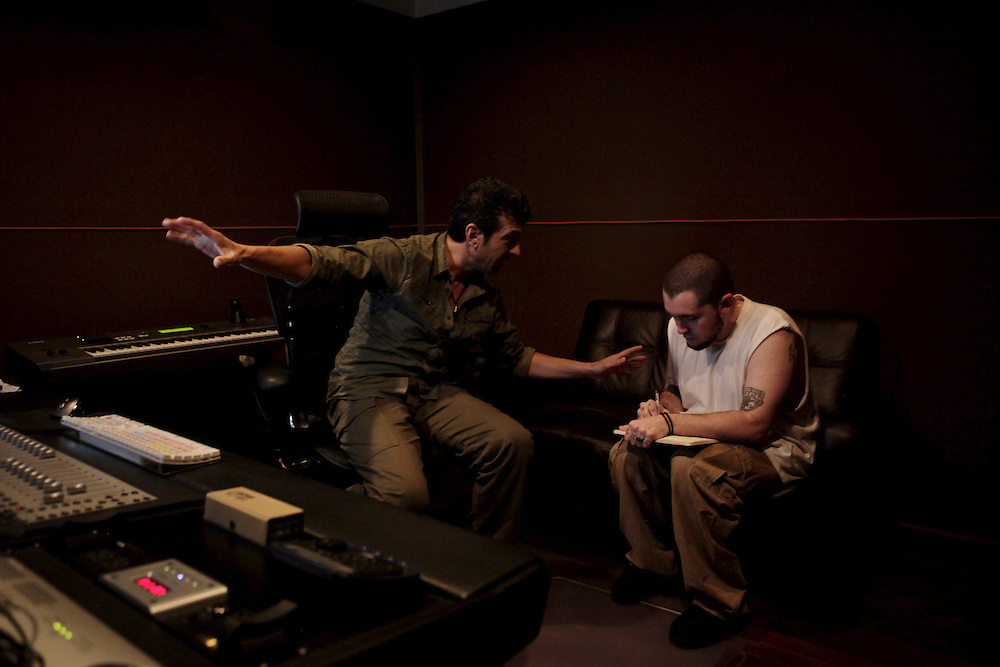